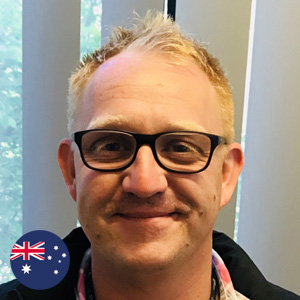 Neil gained a Science/Disability Degree from RMIT University in Melbourne Australia in 2010 while at the same time working at the Department of Health and Human Services specialising in the management of Complex Behavioural Accommodation facilities. In 2014 Neil moved into the Operation Managers role where he was tasked with the Establishment of the First PWS specific accommodation in Melbourne Australia. The facility has now been running successfully for over 5 years. In that time Neil has been appointed to the board of PWS Victoria, was nominated as the Australian Caregivers Delegate for the PPCB and has attended both the Toronto and Cuban Conferences, the latter as a speaker.