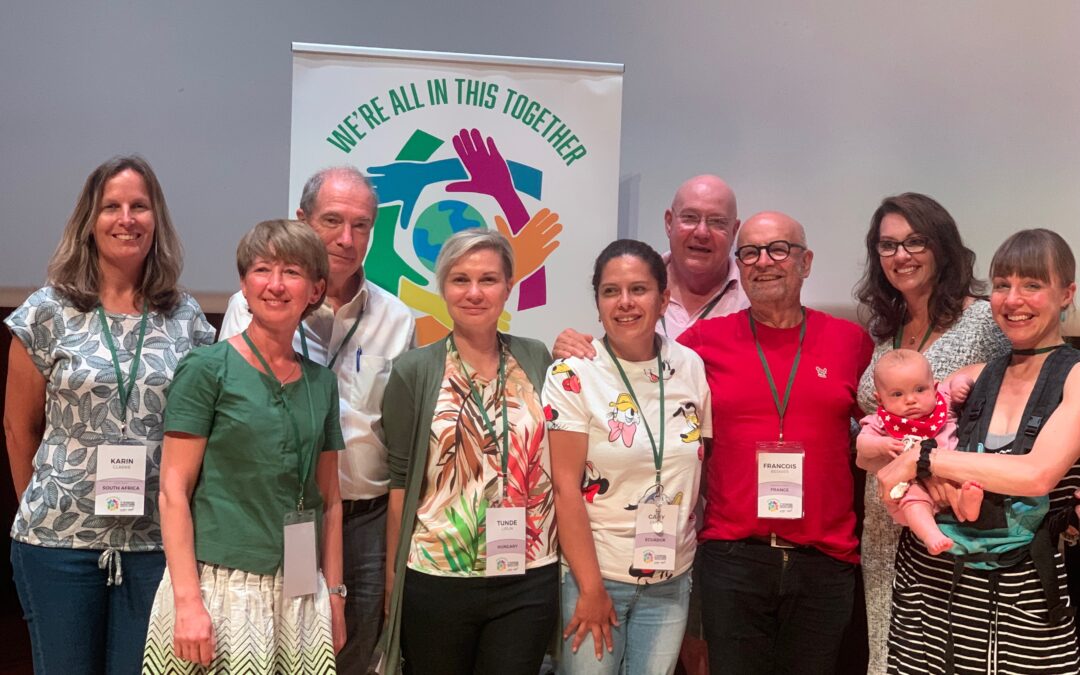 The General Assembly is the decision-making body of IPWSO, where IPWSO members can elect the Trustees, influence future plans and hear reports from the past 3 years.

The General Assembly of IPWSO was held at 5pm Irish Standard Time on Sunday 10th July 2022 at the University of Limerick, Ireland. The meeting was held as a hybrid event for the first time, with delegates in the hall also being joined by delegates via Zoom.

We heard reports from our President Tony Holland and our outgoing Treasurer Marcello Schutzer. We said a fond farewell to our Trustees Amalia Balart, Verena Gutmann, James O’Brien, Marcello Schutzer, Marilyn Dumont-Driscoll and Maria Libura. We are delighted that so many of them are staying on as Advisers.

We gave thanks to Norbert Hödebeck-Stuntebeck for all his service to our Professional Providers and Caregivers Board.

The General Assembly has always voted to decide the location of the next conference. However due to the global uncertainty the meeting decided to delay that decision as no bids were ready for presentation. The new deadline for bids is 31 January 2023. If your PWS association is interested in hosting then do get in touch.